Vilna: the Jerusalem of Lithuania 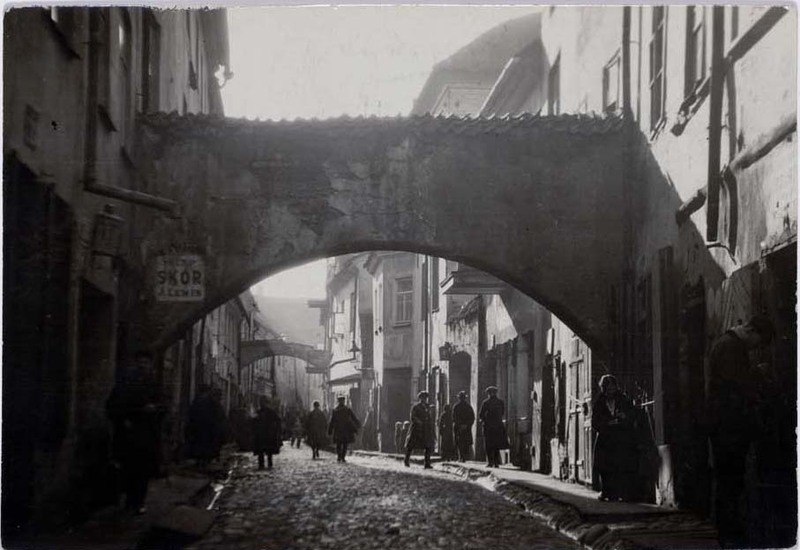 Street in the Jewish quarter, Vilna. Photo by Alter Kacyzne. (Courtesy of the Forward Association)

Jews far and wide referred to Vilna as "the Jerusalem of Lithuania."

Vilna is the Jewish name for present day Vilnius, Lithuania. In the 19th century, it was part of the Russian Empire. After World War I, it was part of Poland and called Wilno.

Vilna has long been known as one of the great centers of Jewish intellectual life in Eastern Europe. Home to Vilna Gaon, the great luminary of traditional misnagdic (non-Hasidic) Judaism,  the city was also a center of Jewish printing and was home to the Romm Press, which was renowned for its fine editions of the Talmud. There were over 100 synagogues in Vilna before World War II.

Vilna grew to become an important center of the Haskalah, often referred to as the Jewish Enlightenment. By the end of the 19th century, the Jewish community of Vilna reflected an array of ideological and political movements. In 1897, the General Jewish Workers Union in Lithuania, Russia, and Poland (the Bund) was founded there. Vilna was also a center for support of the Zionist movement. In 1925, YIVO, the Yiddish Scientific Institute, was established, with Vilna as its headquarters.

The Strashun Library contributed to the fame of this vibrant Jewish community.